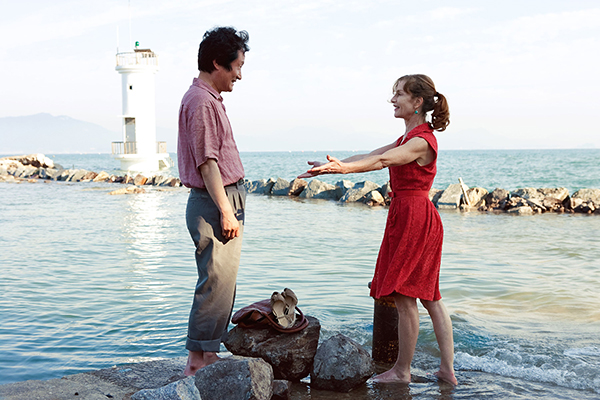 4:30PM Helpless (2012, 117 min, T1) Written and directed by Byun Young-joo, from the novel All She Was Worth by Miyabe Miyuki. With Lee Sun-kyun, Kim Min-hee, Cho Seong-ha, Kim Byeol. When a woman disappears just before her wedding, her hapless fiancée enlists his detective cousin to find her, and they find unsettling answers in a corrupt economic system. This surprising thriller, adapted from a Japanese bestseller by a filmmaker best known for feminist nonfiction films, provides an original perspective on debt.

7:00PM In Another Country (2012, 89 min, T1) Written and directed by Hong Sang-soo. With Isabelle Huppert, Moon Sung-guen, Kwon Hye Hyo, Jung Yu Mi. The ‘other country’ is South Korea, a nation whose behaviors, particularly between women and men, Hang Sang-soo understands so well and treats with smiling affection. And finding herself in this ‘other country’ is Anne, a Frenchwoman played by the irresistible Isabelle Huppert, who travels to a somewhat empty seaside town. Why she comes here, who she really is and whom she meets is told three times in different story variations, all ‘scripted’ by a young woman in economic difficulty. The play of parallel narratives is exquisite, and In Another Country is a luminous bagatelle.

8:00PM Jesus Hospital (2011, 91 min, T1) Directed by Lee Sang-cheol, Shin A-ga. With Hwang Jeong-min, Han Song-hee, Kim Mi-hyang, Lee Jong-yoon. Jesus Hospital’s original title is Korean for “mink coat”—an object that has passed down to a girl who believes she has received a message from God through her grandmother, who is on life support and wishes to die. Set around Christmastime in Seoul, the film delves into the emotional dynamics of a Christian family. One of the best-reviewed and most popular Korean films of the year, Jesus Hospital won the country’s main acting awards for two of its leading actresses, Hwang and Han.

2:00PM Blind (111 min, T1): Directed by Ahn Sang-hoon. With Kim Ha-neul, Yoo Seung-ho, Jo Hee-bong, Yang Yeong-jo. Director Ahn expertly mixes chills and affection in Blind, a superior genre film in the psychotic-killer-stalker mode. The potential victim here may be blind, but she is no weak and tremulous lady. Trained as a cop, the tough, resourceful young woman has known enough adversity for a lifetime—and she has a dog.

4:30PM A Fish (2011, 105 min, T1) Written and directed by Park Hong-min. With Lee Jang-hoon, Kim Sun-bin, Choi So-eun. In this 3-D “metaphysical adventure,” a professor of logic learns that his wife, whom he didn’t even realize was gone, has been found in another city. He leaves to reunite with her, only to learn that she has become a shaman on a distant island. The strange news disturbs the logician—and gradually alters his relationship with reality. Park’s first feature suggests that 3-D may in fact reflect a third dimension where ghosts and talking fish inhabit the world quite naturally.

8:00PM Poongsan (2011, 121 min, T1) Directed by Jeon Jae-hong. Screenplay by Kim Ki-duk. With Yoon Kye-sang, Kim Gyu-ri, Kim Jong-soo, Han Gi-jung. Jeon was an assistant to filmmaker Kim Ki-duk, who wrote and produced this film and whose influence is at once palpable and subordinate to Jeon’s own talent. Poongsan, who does not speak, carries messages back and forth between separated families in North and South Korea. When he is enlisted to smuggle the mistress of a high-ranking North Korean defector out of the North, passion intervenes, and an unexpected, “crazy” love threatens political chaos.

4:30PM Fire in Hell (2012, 99 min, T1) Written and directed by Lee Sang-woo. With Won Tae-hee, Cha Seung-min, Kim Hun, Lee Yong-rye. A graduate of both UC Berkeley and the Kim Ki-duk “school” of filmmaking, Lee, one of Korea’s maverick multitasking filmmakers, makes his Yeongwha debut with this sensual melodrama. In a vivid exploration of the notion of karma, a Buddhist monk loses control. The calamitous results are followed, perhaps, by redemption

8:00PM Pink (2011, 97 min, T1) Directed by Jeon Soo-il. Screenplay by Jeon Kim Kyung. With Lee Seung-yeon, Seo Kap-sook, Park Hyeon-woo, Kang San-eh. Among a clutch of derelict buildings sits Pink, a condemned bar that caters to drifters and lost souls. Jeon’s eighth feature is a portrait of a struggling small business, the world-weary middle-aged woman who runs it, and her dwindling clientele. 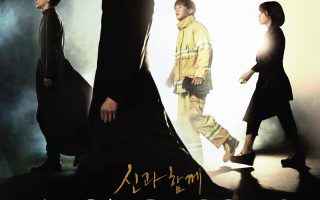 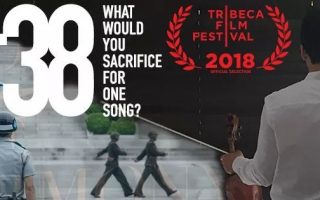 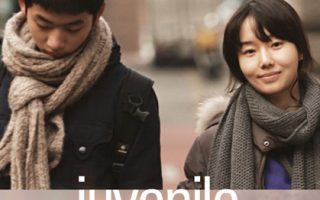 Juvenile Offender -FEB,25, Trubeca Cinemas
nyaa
Juvenile Offender Tuesday, February 25, 2014 at 7PM Tribeca Cinemas (54 Varick Street, NYC) 2012, 117 min. Teenage Jang Ji-gu (SEO Young-Joo) takes care of his ill grandfather while hanging out with other troubled kids. Abandoned by his parents at an early age, he suffers multiple run-ins with the law and is eventually sent to a detention center for juvenile offenders. One day, Ji-gu is surprised to learn that his long-forgotten mother (LEE Jung-Hyun) has unexpectedly come back for him. Discovering that his mother had him at a very young age and gave him up soon after his birth, Ji-gu struggles with repairing their relationship… but as this charming new blockbuster proves – with love, anything is possible.   Tribeca...
173 0 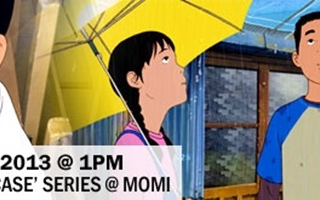 Animation: 'Green Days' & 'The House' @MoMI on June
nyaa
Green Days (Sojunghan narui Kkum) Director: Ahn Jae-hoon, Han Hye-jin Cast: Park Shin-hye, Song Chang-eui, Oh Yeon-seo With this warm-hearted animation, it encourages adolescents the dream, hope, and courage, and remind us of our lost past memory, evoking the dream that we have lost in this modern society. Yi-rang is a track runner in her high school. One day, she falls behind in a race, and since then Yi-rang quits running out of fear she will lose again. She gets closer one of popular girls at the school, Soo-min, and observes her charms feels even more insecure. Classmate Chul-soo, who aspires to become an astronaut, attempts to help Yi-rang find her way. Saturday, June 22, 2013 @1PM The House (Jip)...
198 0 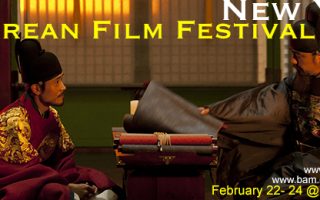 Korean Fil Festival 2013. Feb.24th
nyaa
The Korea Society, in collaboration with Bamcinématek, proudly presents the 11th New York Korean Film Festival (NYKFF) starting on Friday, February 22nd and concluding on Sunday, February 24th. The NYKFF opens with the U.S. premiere of Pieta on February 22nd at 7:00 PM, director Kim Ki-duk's latest award winning project that recently was awarded the Golden Lion Award at the 2012 Venice Film Festival. It is then followed by Jo Byeong-ok's All Bark, No Bite at 9:30 PM making it's U.S. premiere. On Saturday February 23rd, the day starts off with Lee Seok-hoon's hit film Dancing Queen at 4:00 PM followed by director Choo Chang-min's award winning Masquerade at 6:30 PM and closing out with Jo Sung-Hee's A Werewolf Boy...
180 0 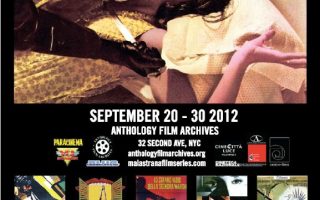 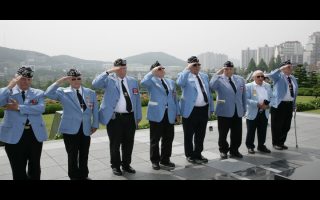 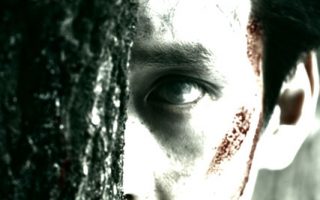 렛 미 아웃/ LET ME OUT / NYC Premiere / MAY 17 / 9PM
nyaa
LET ME OUT / NYC Premiere / MAY 17 / 9PM May 17th / 9PM EST New York City Premiere: Let Me Out South Korea, 2012, Dir. Chang Lae Kim & Jae Soh (97 Minutes) Hosted by: CultureHub 47 Great Jones St / 3rd Floor FREE: PLEASE RSVP / LIVESTREAMED Film followed by telematic Q&A with Directors Chang Lae Kim & Jae Soh live from the Seoul Institute of the Arts. What reviewers from the Dallas International Film Festival have said about Let Me Out: “a sweet, hilarious and thoughtful take on film-making for the inexperienced as Mu-young and his rag-tag team of rejects jump through hoops and hit every snag imaginable as they try to produce the best zombie...
181 0 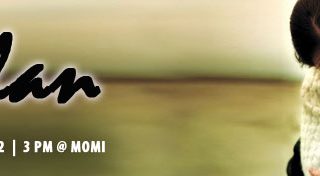 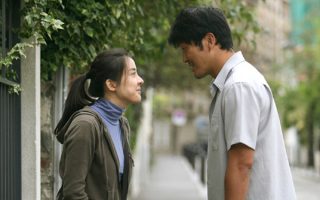