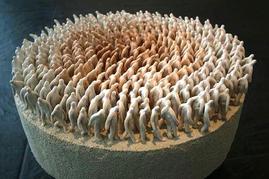 3 Young Korean Artists in December
SuYeon Oh: Gazing
December 1 – 7, 2011
Opening Reception: Thursday, Dec.1, from 6-8PM
Su-Yeon Oh has fundamentally dealt with themes such as ‘Time and Being’ and ‘The Traits of Time’ that are found in our daily lives. The artist is attempting to reaffirm one’s being by tracking the experience of time.
Along these lines, the pieces in the ‘Gazing’ series of this exhibition may seem derivative due to the contemplative view the artists takes on each of the objects; but for the artist, the gaze that endlessly distinguishes myself from the other becomes a rolling landscape of the forest beyond the horizon that moves afar as much as one moves closer within the relative relationship between each object. The gestures reaching out to the people observing the pieces are part of an effort to confirm one’s being and the gaze of the artist expresses the variation of power intrinsic in the pieces. This is also reflective of the shifts we undergo in life as we are not a static being clinging on to the same way of thinking and values, but change our views at different points in our lives according to what we experience.
Each of the small pieces in this exhibition held under the themes ‘Gazing – people’ and ‘Gazing – story’ seem like simple figures or objects that stand in a uniform line. The fact that they are approached as a single mass rather than as individual beings is representative of those – or rather, us – living within a social framework that requires uniformity and regulations.
1998 B.F.A in Sculpture, at Ewha Woman’s University, Seoul, Korea
2001 M.F.A in Sculpture, at Ewha Woman’s University, Seoul, Korea
EunSun Park: Walking in the woods
December 8 – 14, 2011
Opening Reception: Thursday, Dec.8, from 6-8PM

We always exist in space and share the important part in the relationship with other people by such an environment or space. Each space has its own individual meaning but people interpret differently based on their experiences. We walk along the way to communicate with others and this exhibition attempted to communicate with artist Eun Sun Park and audience by giving meaning on the way we walk. Passing the works like wandering through the woods, the artist and audience came to look at one place with one heart, ‘we’, rather than with the difference between me and others. The appearance of mountains overlapped in layers may be the appearance of difference that we have. Wandering through the works and looking at the appearance of woods, spectators recover peace of mind and watching the appearance of a wall made of fabric, they taste the comfort felt by the difference of materials though it is space we have always seen. Spectators come to experience the works like strolling comfortably and the temporal course caused here also becomes part of the work and time and space become a part of the works by the overall movement line rather than by the meaning of individual work. In the process of direct experience, the artists and spectators become one, share the same thing and communicate with one another.
1998 B.F.A in Sculpture, at Ewha Woman’s University, Seoul, Korea
2003 M.F.A in Sculpture, at Ewha Woman’s University, Seoul, Korea
KyungHa Ahn: Escape or Freedom
December 15 – 21, 2011
Opening Reception: Thursday, Dec.15, from 6-8PM 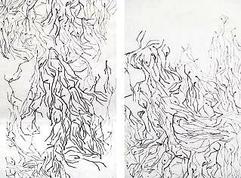 The process of building KyungHa Ahn’s own house was an opportunity to think about ‘who I am,’ ‘how I have lived’ and ‘how will I live from now on,’ this exhibition’s work is a record of emotions that one felt while building the house.
The act of ‘life’ is a product of combination made by conflict between two opposing relationships such as me and others, ego and non-ego, objectivity and subjectivity and soul and body. And KyungHa tried to express these dichotomous concepts through’ house’ and ‘vessel.’ The house and vessel here are not normal images. Made with see through fabric, an installation of house model, which is hanged in the ceiling, shows that inner side and outer side coexist, and reality and fantasy are just the product inside her head while she wonder if she is keeping herself inside the frame with the reality clearly existing. On the other hand, as understanding that the inner side and outer side coexist and have the frame, she realized that the house is a shelter from the outside as well as her reality and world’s limitation that cannot be broken. An onion, another medium that expresses her wish to keep finding freedom as accepting this reality, is also an expression of fear through repetition and enumeration that there might be nothing at all after all.
1999 B.F.A in Sculpture, at Ewha Woman’s University, Seoul, Korea
2006 M.F.A in Sculpture, at Ewha Woman’s University, Seoul, Korea
For More Information:
Elga Wimmer Gallery: elgawimmer@gmail.com, 212.206.0006 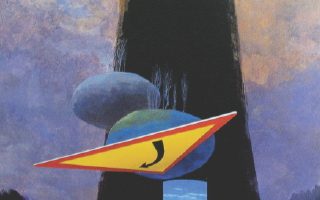 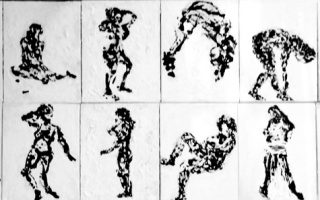 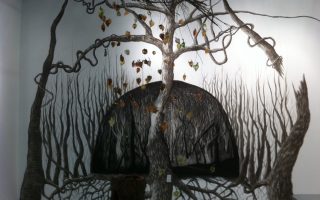 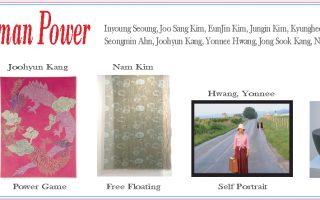 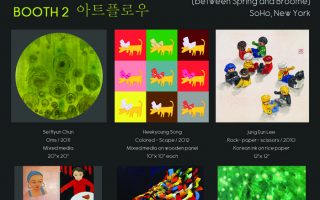 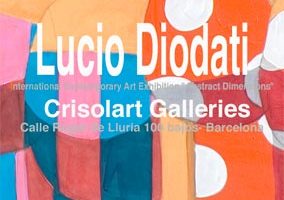 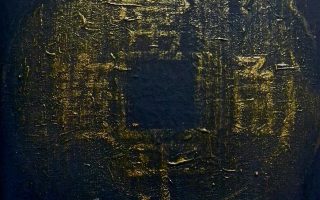 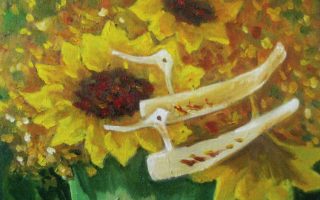 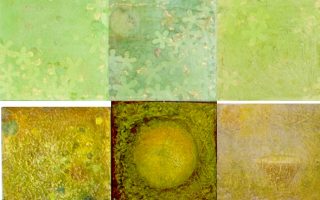 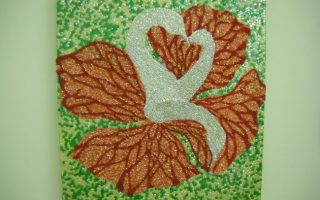