The Solo Exhibition of

Please Join us for the Opening Reception

In our instinctual and intellectual desire to make sense of the visible world, to understand what we see before us, there seems to be a natural predilection to interpret aspects of the visible environment in ways that go beyond straightforward recognition of objects.We tend to seek similarities, groupings and patterns, further re-organizing visual information.One common result is finding suggestions of“hidden” imagery in linear or textural networks; among the most prevalent of these is finding a face.In his photography, Sam Cho has raised this activity into an art form, discovering and presenting hundreds of variations on this theme.While many objects are easily read as faces –paired windows of houses above a door, or side-by-side elevator buttons with a horizontal indicator below them – Cho has developed an extraordinary sensibility for finding faces in unlikely objects or settings. A good many display a puckish sense of humor, such as a faucet with splayed handles that becomes an antlered deer’s head, or a fragmentary view of a cast resin chair that comes remarkably close to the classic saucer-eyed face now associated with aliens from outer space. Some images demand special attention to overall settings, even discovering facial components that resolve through considerable spatial depth, as with one photograph that transforms a small horizontally-oriented tree stump into a mouth in reference to two hanging belt-style playground swing seats, many feet in the distance, that serve as the face’s eyes.Such images add an inventiveness and artistry to the process of face-finding, and emphasize the internal, intellectual, and transformative nature of this perceptual process.Cho’s evidently heightened awareness to his chosen subject, and the revelatory quality of his visual discoveries, are recognized by the artist, who has written: “The moment an object is given a new interpretation, the pre-existing concept vanishes, and one experiences an astounding change in perception.”
Perception mediated by technology is seen in the piece titled Go Out into the World 5 – QR code, in which the images are arranged into an example of the Quick Response code, a matrix barcode that can be read by smartphones. When the QR code, provided in isolation by Cho within pieces in the current exhibition, is scanned by a viewer’s phone, the message received is another face – a composite face created through Cho’s superimposition or rearrangement of elements of the faces of several of Cho’s friends who helped him during his recent years in New York.
Cho continues his investigation of the transformation of images in a series of several pieces under the general title of Go Out into the World 2.In full or partial grids composed of increasing numbers of his individual face-photos – with the largest number of combined images reaching 841 – Cho collects a mass of photos whose diversity and density of imagery can almost overwhelm the observer.The bewildering array of imagery in this series attains a cohesive meaning in a traditional image of Christ with the crown of thorns, a reference to the spiritual component of life that is important to Cho.His method of sequestering this image is complex and subtle.The face appears through the selection and manipulation of certain individual photos at the center of the grid to produce lighter and darker areas which ultimately resolve into a ghostly image, somewhat in the manner of the pixels of a television screen.Even when one knows of the presence of the face, it only becomes visible when seen from some distance, and then still indistinctly – a rather appropriate visualization of a spiritual concept.

In a way, this visualization of the holy visage may be regarded as a personal variation on the frequent phenomenon of individuals who report seeing the face of Jesus in various objects or textures such as clouds, plastered walls, windows, tree trunks, or even, in one related celebrated case, an image of the Virgin Mary on a grilled cheese sandwich.Here, however, the source face is an actual artist’s rendering, which is then purposefully hidden by Cho within his grids, becoming a reversal (or “about face,” if you will) of the spontaneously discovered Jesus-images of popular culture.

Mechanical or organic, real or implied, prosaic or spiritual, the face as presented by Cho extends beyond its inherent human role as the important bearer of identity and emotion. Through his personal approach, Cho demonstrates how the face, as imaginative construct or cultural icon, is a medium for thought, delight, and discovery. 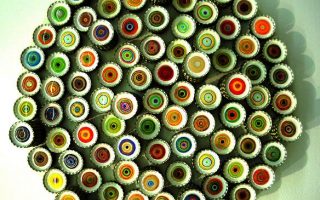 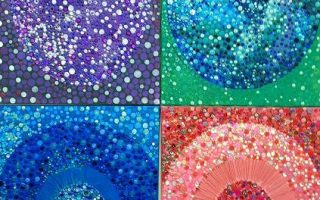 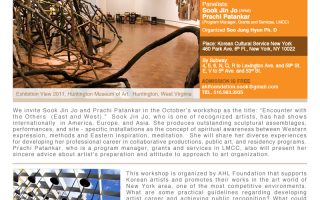 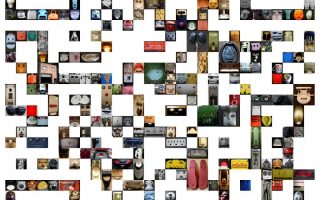 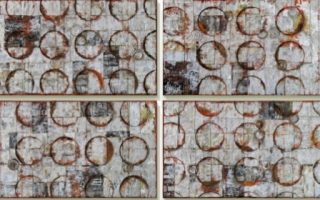 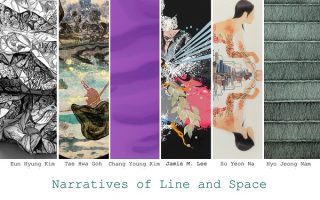 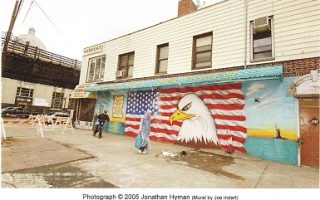 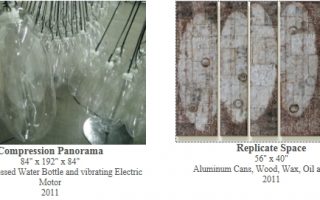 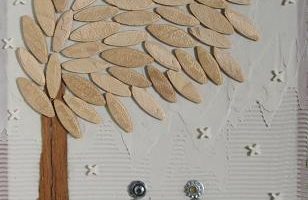 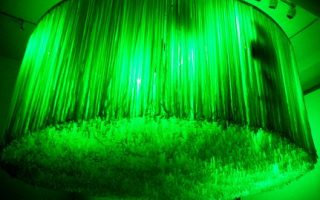 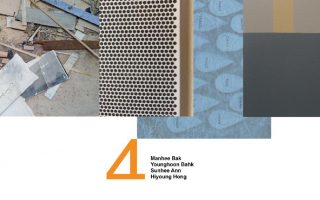 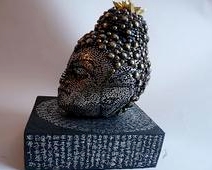 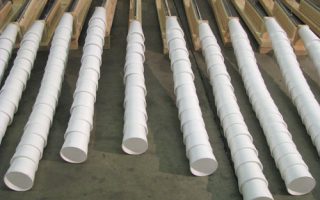 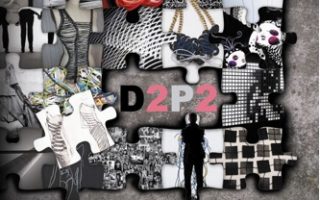