Film Screening at the Korea Society with Special Guest [3] 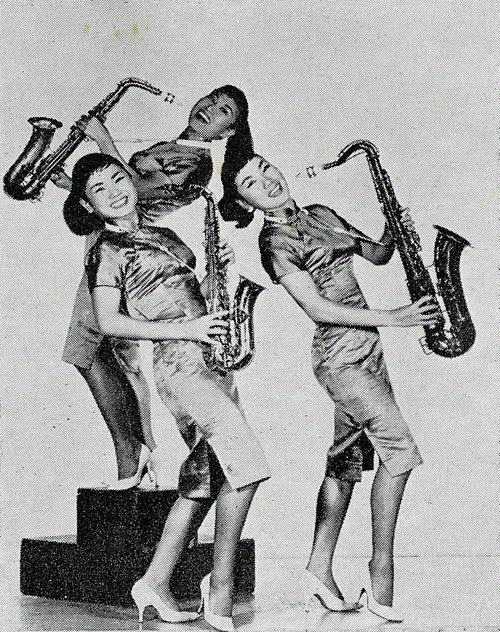 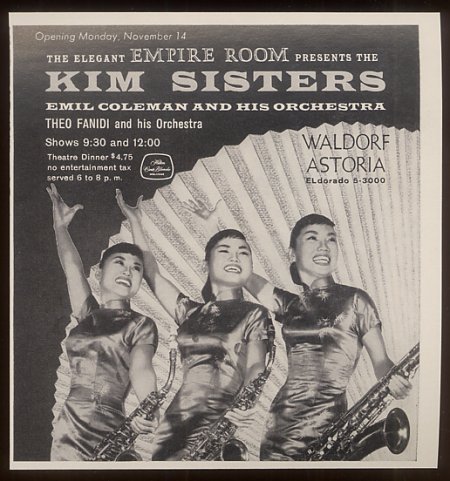 Film Screening at The Korea Society

Facing the War: Six Decades of Film Since the Korean War

"Try to Remember," An Evening of The Kim Sisters

The year is 1960, and The Kim Sisters have set the Vegas Strip afire with rich harmonies and an ability to play dozens of instruments. The sisters had been in the United States only two short years at the legendary Thunderbird—after singing for American GI's during and after the Korean War. From there, they became a staple of Rat Pack-era Las Vegas, booking clubs across the United States and appearing a record 22 times on the Ed Sullivan Show. Join us as we trace the meteoric rise of The Kim Sisters—from singing for chocolate bars in war-torn Korea to making $13,000 a week as headline entertainers—with a special montage from The Fabulous Kim Sisters and sister Sue Kim Bonifazio sharing her Stardust memories.